The MWA Mid-Atlantic Chapter is delighted to invite you to join us for an online presentation by Jane Friedman on Self-Publishing Trends and Changes. There will be a question and answer period after the presentation.

Jane has 20 years of experience in the publishing industry, with expertise in business strategy for authors and publishers. She’s the editor of The Hot Sheet, one of the most important industry newsletters for authors. In 2019, Jane was awarded Publishing Commentator of the Year by Digital Book World. She is a columnist with Publishers Weekly and a professor with The Great Courses. She also maintains an award-winning blog for writers at JaneFriedman.com.

Her newest book is The Business of Being a Writer (University of Chicago Press). Publishers Weekly says it is “destined to become a staple reference book for writers and those interested in publishing careers.” In collaboration with The Authors Guild, she wrote The Authors Guild Guide to Self-Publishing.

You must RSVP for this event. Please send your RSVP to megopperman@yahoo.com by July 12 at noon so we can add you to our guest list. Meg will send you a confirmation with the Zoom link and meeting password. Also, please change your Zoom screen name to the name you RSVP with—as opposed to your email address—so that it will be easier to insure security during the event. Thank you and we hope you’ll join us!

The Mid-Atlantic Chapter of the Mystery Writers of America is announcing NEW programs and online meetings for ALL of our members, no matter where you live.

Until otherwise noted, our meetings will be presented online so that you can attend using your computer or other device. Our first online meeting will be at 8:30 p.m., Tuesday, June 16th. We’re excited to bring you a larger cast of speakers since we’re no longer limited to persons living near the greater DC Metro area. We can now tap the expertise of people from all over the nation and beyond.

Please join us for a panel discussion about the tools available to reach readers and build community during and after the pandemic. Authors Ed Aymar, Edwin Hill, and Alex Segura will talk about the lessons learned from their virtual Noir at the Bar events and other tools available for online outreach, and will answer questions about how to make the most of social media. This event is FREE, and RSVPs are not required.

Kathy Harig at Mystery Loves Company is very pleased to be included as the bookstore host for this Tuesday’s virtual meeting, and she set up a bookshop/storefront for the participating authors. That link is here: https://bookshop.org/lists/mwa-june-16-book-list  If you’ve never read anything by Ed, Alex, or Edwin, now is your chance to snap up their work!

If you do not already have it, please download a free copy of Zoom now (at zoom.com). It takes about 60 seconds.

Remember to grab a drink, order your favorite meal from your kitchen, and enjoy the presentation. And don’t forget to tip your wait staff when our online meeting is over.

We look forward to seeing you!

The Mid-Atlantic Chapter of MWA has elected to cancel the planned April chapter meeting in order to help minimize the spread of COVID-19.  We’re also putting planned future meetings on hold until the current public health crisis is past. 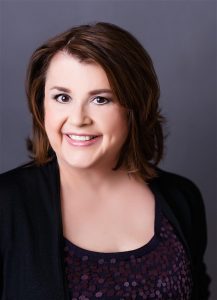 Do you dream of quitting your day job to write full-time? Are you nearing retirement, or have you been offered a buyout? It’s a big and valiant leap from the structure of a 9-5 job to a full-time creative life, and it helps to make some plans in advance. We are delighted to welcome author and critic Bethanne Patrick to talk about making that transition: how to prepare, what to consider, what to expect and what to let yourself be surprised by.

Bethanne Patrick is a writer, author, and critic whose monthly column on hot books appears in The Washington Post. Her book reviews and author profiles appear in The Los Angeles Times, Poets & Writers magazine, and on NPR Books, among others. The author of two books for National Geographic and editor of an anthology for Regan Arts, Patrick is currently writing a memoir for Counterpoint Press. She is a board member at PEN/Faulkner and 1455 Lit Arts and tweets @TheBookMaven. Patrick lives in Northern Virginia with her family–and too many books.

To sign up (and pay online) for the Tuesday, March 10, meeting, visit the Eventbright link: https://www.eventbrite.com/e/mwa-mid-atlantic-monthly-meeting-march-2020-tickets-96929931033

Join us at our February meeting, to hear veteran prosecutor/bestselling novelist Allison Leotta and award-winning author and historian Daniel Stashower talk about how fact becomes fiction, what legal mysteries get wrong and right, and the real-life work that inspired Allison’s books.

To sign up (and pay online) for the Tuesday February 18, meeting, visit the Eventbrite link:  https://www.eventbrite.com/e/mwa-mid-atlantic-monthly-meeting-februrary-2020-tickets-92214705667)

And mark your calendars for our upcoming meeting:

Upcoming programs for 2020 will include former FBI profiler and hostage negotiator (and television commentator) Clint van Zandt, author of Facing Down Evil: Life as an FBI Profiler and Hostage Negotiator, and Jane Friedman, former publisher of Writers Digest and one of the nation’s foremost authorities on self-publishing. Specific dates and more details still ahead!

You’re invited to a writing marathon!

Have you made a new year’s resolution to finish your latest novel or short story? Are you
looking for a chance to start something new? Hoping to write something for the upcoming Chessie chapter anthology? Then join your fellow SinC and MWA members and start typing away.

And if you’ve never been to a writing marathon, all you need to know is this: just bring your laptop or your yellow legal pad and your muse. We’ll provide tables, chairs, and a quiet space for you to work. We’re also offering free coffee and tea—and encourage you to bring snacks to share.

While the whole idea of a writing marathon is to work on your own individual projects, this is a great opportunity to enjoy the shared energy and support of a roomful of fellow writers.

Please RSVP to admeyerwriter@gmail.com by Friday, February 7th so we can make sure we have enough chairs and beverages. Thank you and hope to see you there!

It’s been a while since the Mid-Atlantic Chapter of the Mystery Writers of America got together on our own. That changes on November 12, when we hope you will join us for

Networking, Reconnecting and Fun at the National Press Club

The NPC will be our new central location for monthly events, and we’re kicking off with an informal evening of drinks and heavy hors d’oeuvres, priced for all our budgets.

How much? $15.00, payable by check at the door to Mystery Writers of America

Your $15.00 registration fee gets you food and one (1) drink ticket. A cash bar will be available.

The Press Club is two blocks from the Metro Center stop — take the 13th Street exit to 13th and G, then walk to 14th & F. If you’re driving, parking is available at the PMI parking garage at 1325 G Street NW — bring your parking ticket to the meeting for a chance to win free parking. At the Press Club, take the elevator to the 13th floor and ask the receptionist to direct you to the MWA meeting.

RSVP to lyndee@lyndeewalker.com by November 6. We look forward to seeing you soon!

How much? $15, payable by check at the door to Mystery Writers of America, good for food and one (1) drink ticket. A cash bar will also be available.

The Press Club is two blocks from the Metro Center stop — take the 13 Street exit to 13th and G, then walk to 14th & F. If you’re driving, parking is available at the PMI parking garage at 1325 G Street NW — bring your parking ticket to the meeting for a chance to win free parking. At the Press Club, take the elevator to the 13th floor and ask the receptionist to direct you to the MWA meeting.

RSVP to lyndee@lyndeewalker.com by November 6. We look forward to seeing you soon!

At Thrillerfest this summer, Alan Orloff won the Thriller Award for Best E-Book Original for Pray for the Innocent. Hooray!

More awards are still to be announced ahead at Bouchercon, with several chapter members honored as finalists:

Much to celebrate with recent and forthcoming works by our chapter members—perfect for holiday shopping ahead!

Terns of Endearment (August)
Owl Be Home For Christmas (October)

Our Chapter Members
Win, Place, and…
Show Their Skills!

Congratulations to writers in our Mid-Atlantic Chapter for various honors this year—including Stacy Woodson and Josh Pachter (top image, standing center and right), Art Taylor (bottom left image) and Sujata Massey (bottom right).Our chapter members have won or been finalists for several awards and honors, including:

Congratulations to everyone here for publications both recent (from the beginning of 2019) and through the summer ahead. Stay tuned for our next newsletter for updated Fall 2019 releases.

Has your career stalled? Itching to try something new? Has your publisher   shut down its mystery line—or shut down entirely? Have they dropped you? Or are things going well, but you’re wondering if you could do better elsewhere?

The Chessie chapter of Sisters in Crime and the Mid-Atlantic chapter of Mystery Writers of America are co-hosting a workshop to help you make   the choices involved in reinvention: another traditional publisher, going indie, or  both? What pitfalls should you watch out for? How do you protect your legal rights? What about changing genres? Bestselling  authors and industry experts discuss what’s worked for them in a day-long program. Speakers include John Betancourt, Ken Budd, Tara Laskowski, Sujata Massey, Julie Moffett, Alan Orloff, Joanna Campbell Slan, Daniel Steven, and Marcia Talley.

DINNER NOTE: If you have dietary restrictions precluding you from eating any of our available meal options, please let us know well before the RSVP deadline. We can’t guarantee the National Press Club can accommodate your particular dietary needs, but they’re willing to work with us if we give them enough notice.

WEATHER: For any announcements regarding cancellation or postponement in the event of inclement weather, check the chapter email list or the announcement list, or email Clair Lamb at lambletters@gmail.com

Our meetings are open to the public. You don’t need to be a member to attend, but you do need to make a reservation. Please share this announcement with others who love mysteries, as a writer or reader or both.